The founders of Shandong Xindayang Electric Vehicle Co., Ltd. had started the development of electric cars already in 2005. Primarily they have been developing a compact electric car for city transport, that is easy to park anywhere, but mainly an electric car that would be available to everyone. They called it the „Wise Bean“ – ZHI DOU.

The ZHI DOU electric cars were originally intended for the European market only. Already in 2009, the first cars were registered for homologation in the EU. In 2012, the product acquired E-MARK. Its official import to Europe started on the October 23, 2012.

Shandong Xindayang Electric Vehicle Co., Ltd was founded in 2011 and belongs to the XYINDAYANG GROUP Corporation. XYINDAYANG GROUP is the second largest holder of ZHI DOU shares, the first being the GEELY concern (the current owner of VOLVO, LOTUSs, the English Blackcab taxis, and newly also DAIMLER).

The first series of ZD 1 vehicles was manufactured in the beginning of 2013, and those were designed also for the Asian market.

ZHI DOU electric cars currently belong among the world’s best-selling electric cars, and the year-on-year increase in sales is always almost doubled. Although originally this brand is being developed for European markets, 90 % of the current production targets the Asian market. This is due to technological lead over other manufacturers and high subsidies for electric cars from the Chinese government. This has made it very popular.

Concerning Europe, the largest number of ZHI DOU electric cars – already over 3500 – are found in Italy. However, these cars are also visible in 18 other European countries. Currently there are 9 official exporters in Europe. The Czech company E-WAY ltd belongs among them since April 2018.

This website uses cookies to improve your experience while you navigate through the website. Out of these, the cookies that are categorized as necessary are stored on your browser as they are essential for the working of basic functionalities of the website. We also use third-party cookies that help us analyze and understand how you use this website. These cookies will be stored in your browser only with your consent. You also have the option to opt-out of these cookies. But opting out of some of these cookies may affect your browsing experience.
Necessary immer aktiv
Necessary cookies are absolutely essential for the website to function properly. These cookies ensure basic functionalities and security features of the website, anonymously.
Functional
Functional cookies help to perform certain functionalities like sharing the content of the website on social media platforms, collect feedbacks, and other third-party features.
Performance
Performance cookies are used to understand and analyze the key performance indexes of the website which helps in delivering a better user experience for the visitors.
Analytics
Analytical cookies are used to understand how visitors interact with the website. These cookies help provide information on metrics the number of visitors, bounce rate, traffic source, etc.
Advertisement
Advertisement cookies are used to provide visitors with relevant ads and marketing campaigns. These cookies track visitors across websites and collect information to provide customized ads.
Others
Other uncategorized cookies are those that are being analyzed and have not been classified into a category as yet.
SPEICHERN & AKZEPTIEREN
× 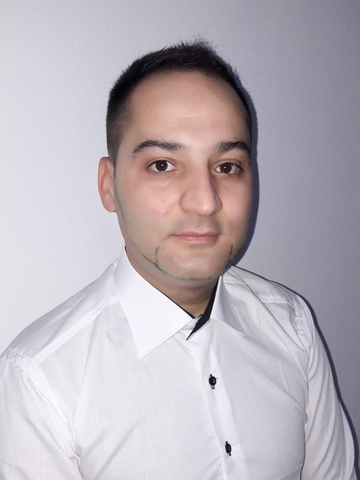